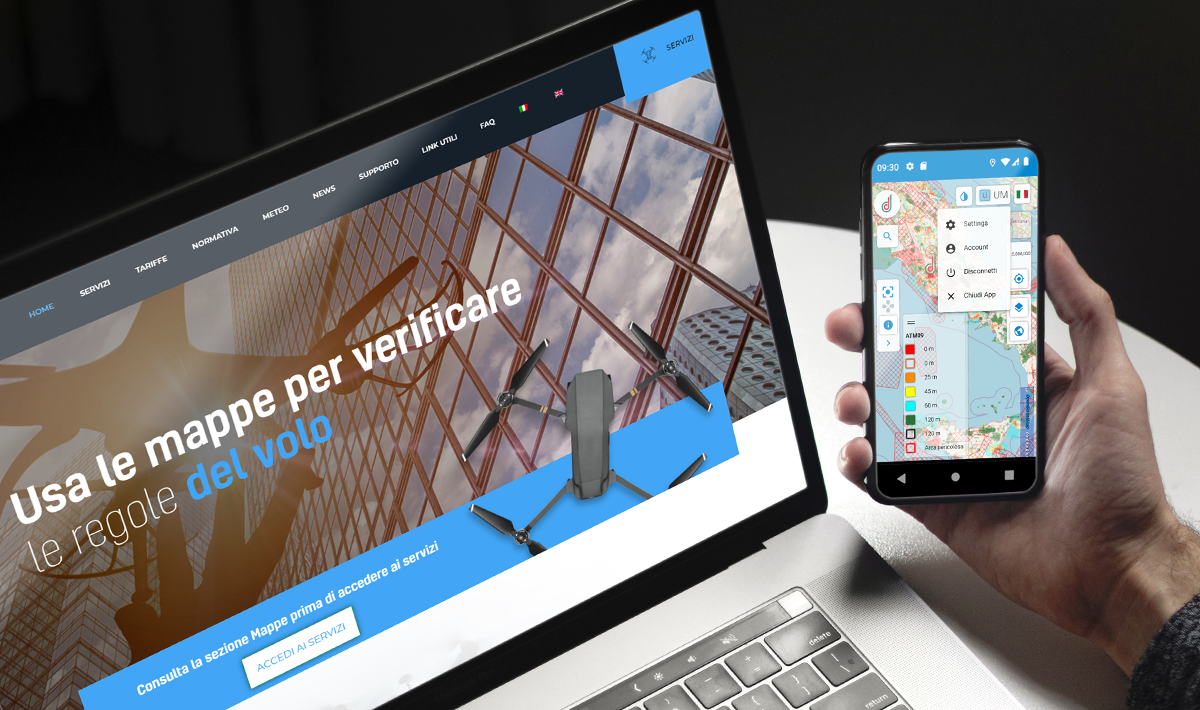 The new d-flight release is now online; the d-flight Mobile App for Android is also operational

Rome, 23 December 2020 - The new release of the D-Flight platform is available with important implementations in view of the entry into force of the EASA Regulation scheduled for 1 January 2021.

Among the new assets, the publication of the ICD (Interface Control Document) of the D-Flight for Tracking and Networking e-identification, the situation awareness service with DOA (Drone Operation Area) and DOP (Drone Operation Plan) traces, whose implementation will significantly increase the degree of low-altitude airspace awareness and safety. It will be possible, in a non-obligatory and completely free form, to communicate the position / identity of the pilot and the same credentials relating to the UAS, through the UTM Box or directly from on-board software, through the GCS, to make thems visible to the UTM scenario, in full compliance with both privacy and principles of security.

D-Flight is already adpating its platform to the EASA Regulation. Starting from January 1st, 2021, each Italian SAPR operator will be assigned an European UAS Operator Code ( in addition to the Italian operator code already in force). It is the first official interoperability path between registers of UAS operators of the states of the European Union. That code is automatically assigned by the D-Flight system, according to an algorithm specified by EASA regulations, and may be used, in the future, to carry out operations in any country member of the EU.

The declaration as UAS operator and every declaration for operations in standard scenarios released on D-Flight will be recognized by all European states. D-Flight will equally recognize operators that are already registered in other EU countries.

This new possibility provides for the automated communication of information, relating to the operator and his drones, to the Authority of other EU Member States in compliance with the GDPR.

In addition to a series of improvements and bug removals, new backend functions for management, operation, maintenance and platform monitoring - the management of states and transitions operators and declarations has also been introduced, and a new product for upgrading the QR code from Basic to PRO will be available, for those who don't want to give up the most advanced services.

There are also optimizations as regards the geographical part, with the possibility of deactivating the ATM09 Layer for PRO users, and that of the Layer with land use and density. Some information about the Parks Layer has been updated for all users as well.

Finally, the Mobile d-Flight for Android has been activated. We chose the Android platform for the launch, but we're simultaneously working on the release of the iOS version too. Consultation of maps and other services guaranteed by the platform, are now within reach of smartphones and all mobile devices, for easy access and increasingly efficient use of the system.

We are proud of the services that D-Flight is offering and constantly implementing for its users - says AD Cristiano Baldoni – in a moment of objective difficulty for the aeronautical world and beyond, we are completing the objectives set by Europe, creating interoperability between member countries and we're permanently inserting new services on the platform, to facilitate their use and guarantee the safe flight of drones. We are pleased to make the D-Flight APP available, establishing a new frontier of remote operability and allowing a user friendly use of the platform. We identify the position of users with increasing accuracy thanks to a constant implementation of situation awareness, and we are in the field with new experiments to ensure a tactical level of coordination between unmanned and manned operations. 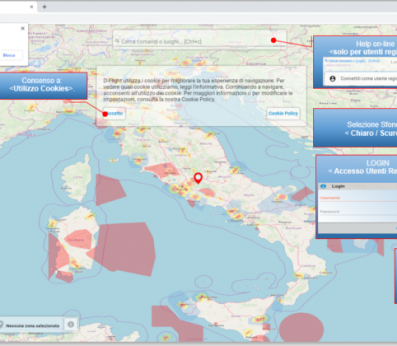